Hidden transmitter hunting under international rules (also called radio-orienteering, fox-tailing, foxhunting and ARDF) now takes place regularly in southern California.  Some participants are training for upcoming national and international competitions, but most are just out there for fun and exercise.  Here's the latest information on these informal sessions.

Next Event:  To be announced.  For e-mail notification of these events, join the southern California ARDF mailing list. 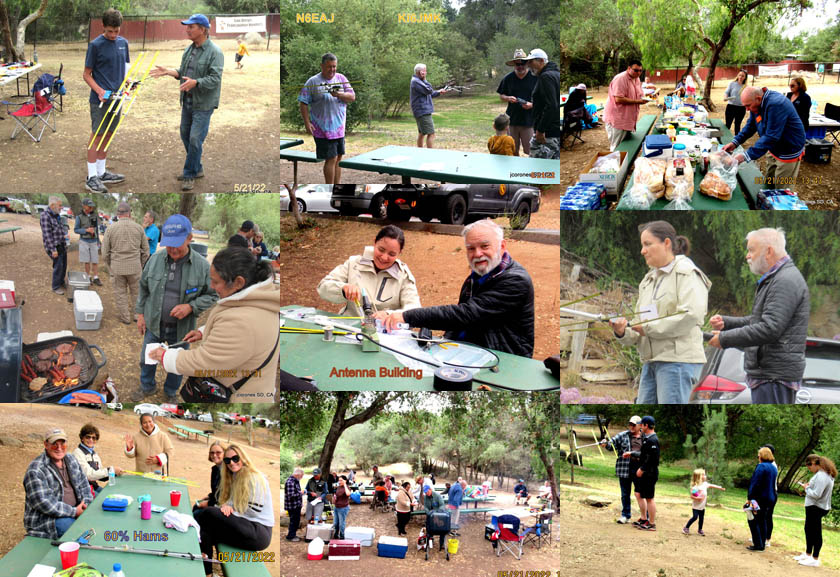 After a hiatus of two years, the San Diego T-Hunt Group sponsored the 2022 international-style on-foot transmitter hunt at Felicita Park in Escondido, California.  We accounted for 43 in attendance with 28 of those being licensed hams.  Age ranges were from 3 years to over 85.  Many came from out of town, as far away as Santa Barbara.  Marvin Johnston KE6HTS provided an antenna building clinic for Michael Gillen KK6RWK and Chelsie Power KM6WAS so they would have their own gear to locate some hidden T's.

We had 22 total participants out on the course at some point in time.  Some did not have their ham licenses yet and were trying it for the first time.  Others had years of experience and completed the short course in less than an hour.  Over half found all 5 T's with the rest finding between one and three.  The grand winner was Bill Wright WB6CMD with a time of only 35 minutes.  Other teams finding 5 T's were Bill Elkerton W6ZM (57 Min), Daniel Arnett & Drew Arnett N7DA (1:15), Scot Barth KA6UDZ (1:17), Greg Spaulding W6BAF and Kevin McFadden (1:40), Matt Tucker N6EAJ & Ed Hall KI6JMK (1:45), Conrad Lara KG6JEI (1:47) and Greg Gibbs KI6RXX (1:52).  Other hams present included Jerry Gastil K6DYD, Tom Sneden K6VCR, Bruce Denny K6AUW, Robert Dexter N9SCD, Robin Elkerton KM6OUL, Brian KI6DUR, Karen Spaulding KI6FON, Felly Parel-Corones KG6KLM, Brian McDaniel WB2JCG, Kevin Walsh KK6FRK, Adam KN6QIP, Kirk Hyde KN6SKI, Kurt Barnhart N6MD and Michael Wheeley K6MRW.

We hope everyone had a good time.  See everyone next year! 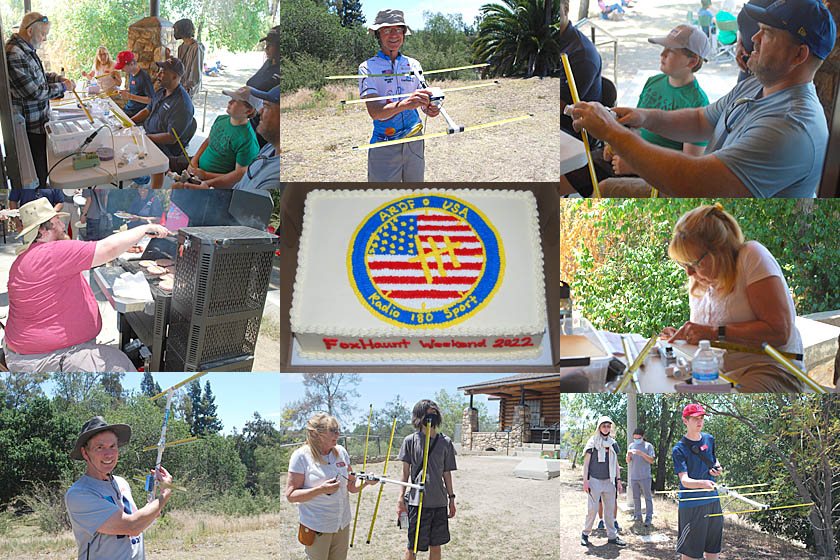 It was probably the biggest turnout ever for the annual Fullerton Radio Club's "Antennas In The Park" get-together.  Several HF band stations went together on the hillside with wire antennas in the trees to take advantage of the improved band conditions as the new solar cycle gets under way.

Marvin Johnston KE6HTS arrived from Santa Barbara with a box full of two-meter RDF antenna and attenuator kits for the usual kitbuilding workshop.  Among those participating were high-school students from Sota Academy of Math and Science in Long Beach and their mentor, Devon Day KF6KEE.  Then there were my practice transmitters to find near the Izaac Walton cabin.  Helping beginners learn the technique were experienced radio-orienteers Jay Thompson W6JAY and Tom Smith KB6A.

Only three people went on my international-rules ARDF short course, with five transmitters out in the hills of the park.  Here are the results:

Michael Hart KC6MEH usually does much better at ARDF, but he had equipment problems this time.  He writes, "I wasted an hour before I realized my batteries were low.  When I figured this out, I went to my car to get another antenna that I know I put fresh batteries in.  After a year of not using my equipment it is good to always check the batteries!"

Everyone was kept so busy on two meters that only Bill Wright WB6CMD found time to find my 80-meter transmitter, which he did in an amazing five minutes.

Thanks to all of the helpers mentioned above and also thanks to FRC President Bob Houghton AD6QF and Larry McDavid W6FUB for arranging for the luncheon provisions.  A tip of the hat to Gene and Cheryl Thorpe, KB6CMO and KE6TZU of the Izaac Walton League for hosting at the cabin.  Despite temperatures in the 90's, it was a great day for all. 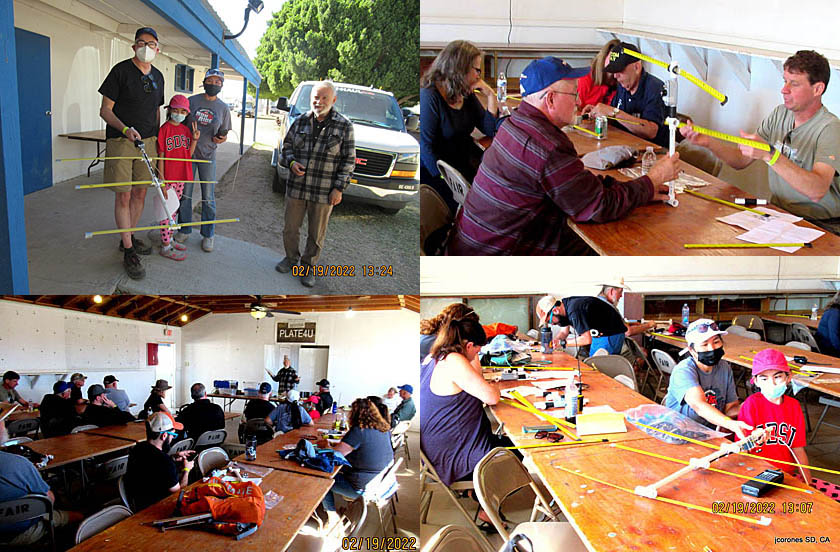 It has become an annual tradition to have hidden transmitter hunting on foot at the Yuma Hamfest on Presidents Day weekend.  Marvin Johnston KE6HTS gave a presentation on the sport and hosted a building session for measuring-tape yagis and offset attenuators in the early afternoon on Saturday, followed by an opportunity to hunt some two-meter transmitters set out by Joe Corones N6SZO and Joe Loughlin KE6PHB of the San Diego area transmitter hunters.

Results and Photos of ARDF Events in Recent Years

For results and stories of events before 2016, see this site's Table of Contents

Go to Championship Foxhunting News -- Results of recent international competitions and announcements of upcoming ones.

Go to Electronic Scoring for ARDF -- What it is, how it works, and why it's gaining popularity.