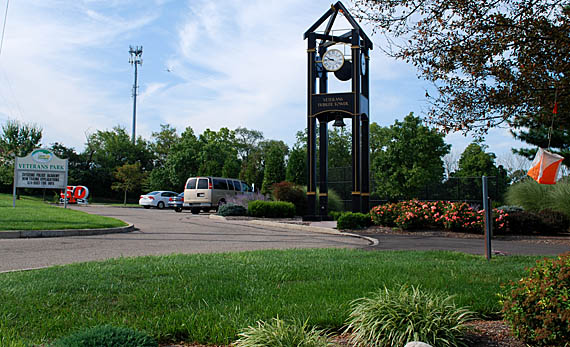 The ARDF fun got under way on Wednesday morning, July 31 with the first of three optional no-medal practice sessions.  This one was at Green Township Veterans Park in Georgetown, Ohio.  It was a short two-meter course on a 1:5000 orienteering map that included part of the Diamond Oaks High School campus.

The group of 19 trainees gathered in the shade to hear instructions from practice organizer Bob Frey WB6EZV (center in white shirt). 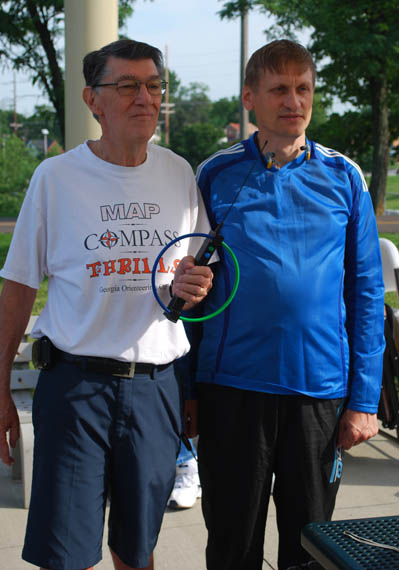 Bob Frey and Oleg Shuman UT5UML discussed the new Rig Expert 80-meter ARDF set.  Bob was one of the first purchasers in the USA.  Oleg is the engineer for Rig Expert in Ukraine who took the Nick Roethe DF1FO design and adapted it for mass production. 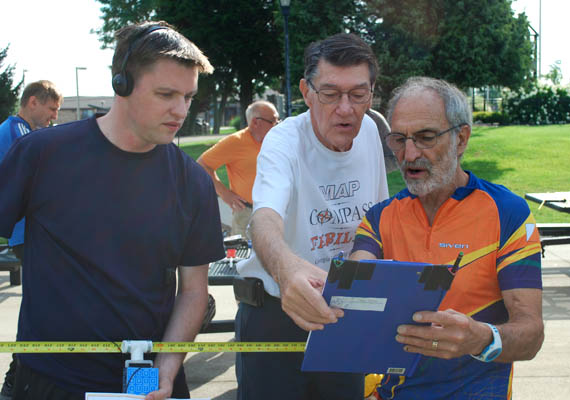 Kelly Sears was a first-timer at the urging of her hubby, Patrick Sears AK4JE. 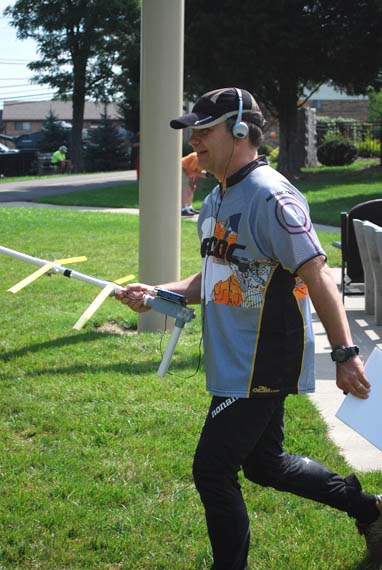 Another newcomer to ARDF was Fred Mailey K8FCM of the Northeast Ohio Orienteering Club. 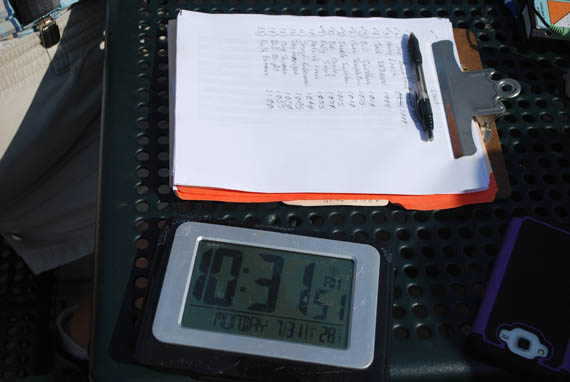 As usual, competitors were started at intervals, coincident with transmitter number one coming on the air.  However, there was no electronic scoring.  All participants were encouraged to find all five transmitters, regardless of age/gender category. 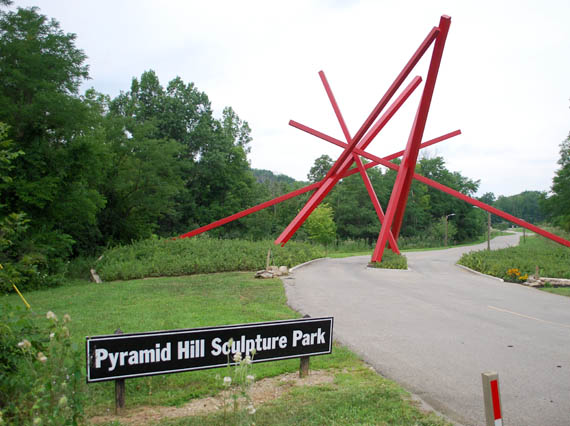 The second day of practice was at Pyramid Hill Sculpture Park in Hamilton, Ohio.  "Hill" was the operative word, as there were many steep inclines and declines to traverse (or avoid if possible) on its 1:7500 course map. 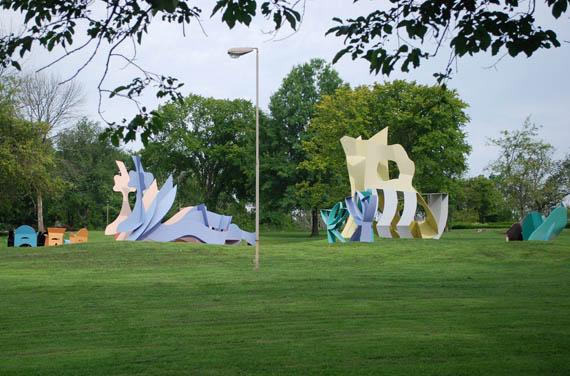 The park is full of unique sculptures by well-known artists. 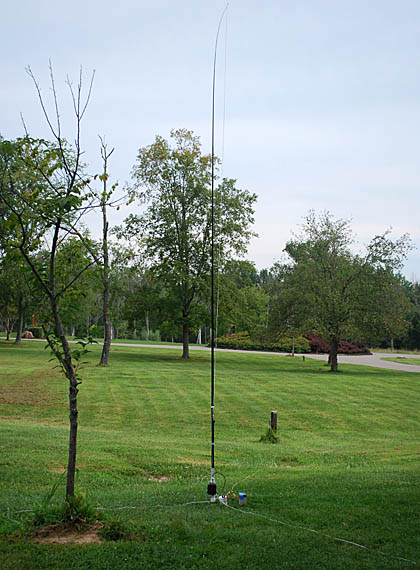 The 80m antennas were vertical wires held up by large fishing poles. 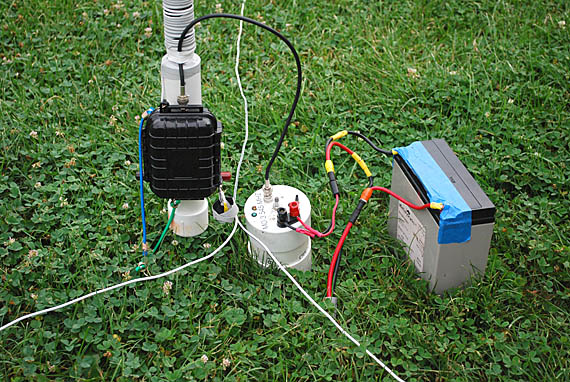 At the 80m antenna bases were matching networks and horizontal radial wires.

As the group gathered, Dick Arnett WB4SUV showed off the motorized yagi and display system that he has used in his vehicle to help find the source of deliberate interference to ham communications.

Volunteers Terry Boyle NF8B and Don Ferneding N8LMJ (seated) started the participants as the first transmitter came on the air and kept track of their times. 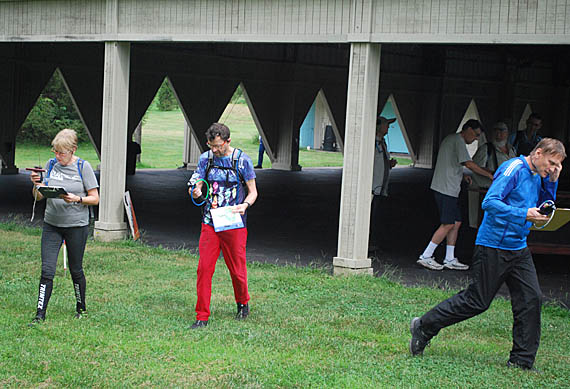 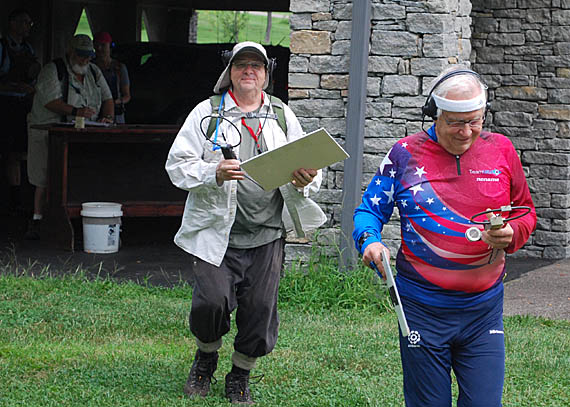 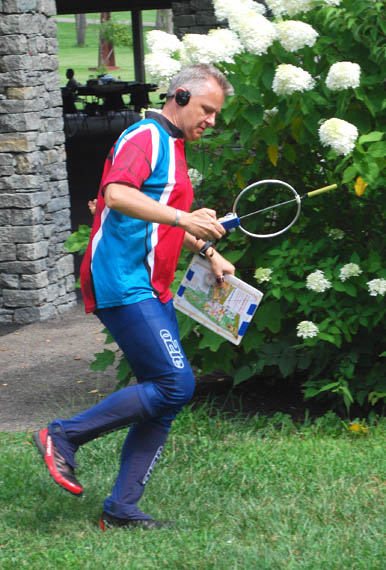 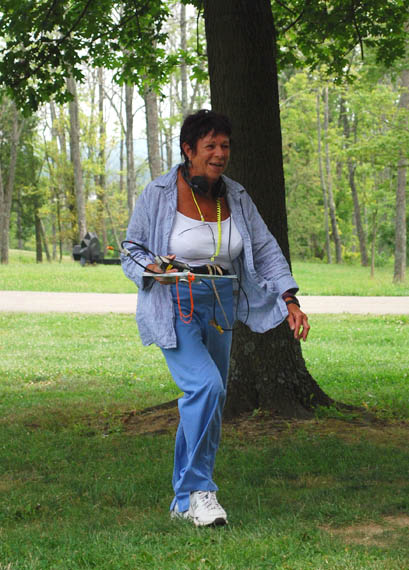 Pat Maley KD8PAT was one of the most enthusiastic participants.

The final day of practice was at William Harbin Park in Fairfield, Ohio.  It began with a 10-transmitter sprint course, followed by a foxoring course, both on 80 meters.  Twenty-one competitors took part in the sprint practice. 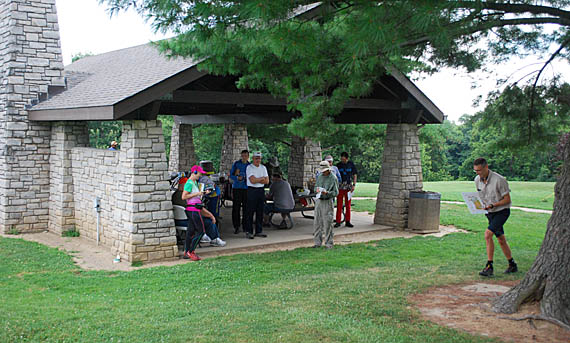 This stone shelter was the finish area.  It got a bit crowded when rain began falling.

Harley Leach KI7XF drove all the way from Bozeman, Montana.