of the 2013 USA and IARU-R2 ARDF Championships 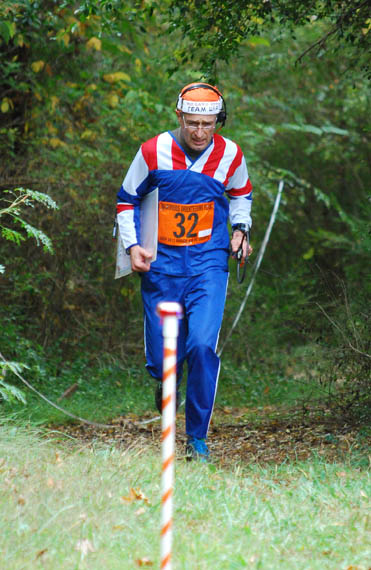 George Neal KF6YKN was the first place USA foxoring finisher in M50.  He has competed for USA since 1998. 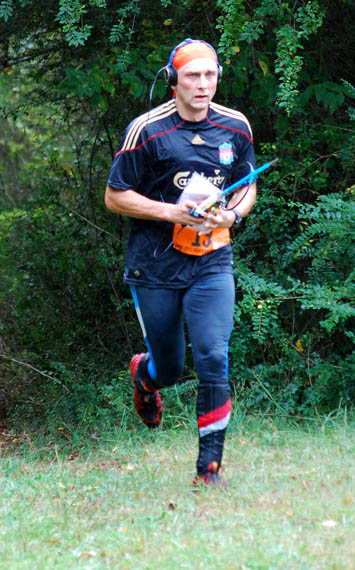 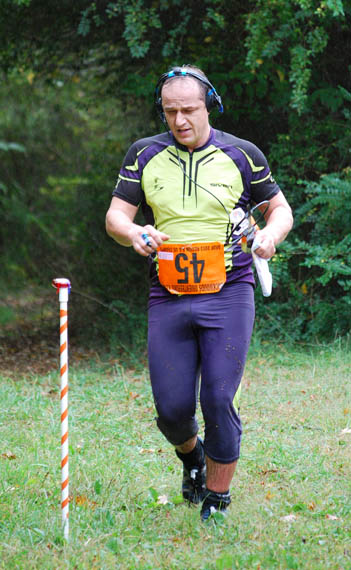 This is Kostiantyn Zolochevskyi from Ukraine, who finished second in M21 category.

Nearing the finish line is Susanne Walz KD4SFF from Germany, who was second overall in W35. 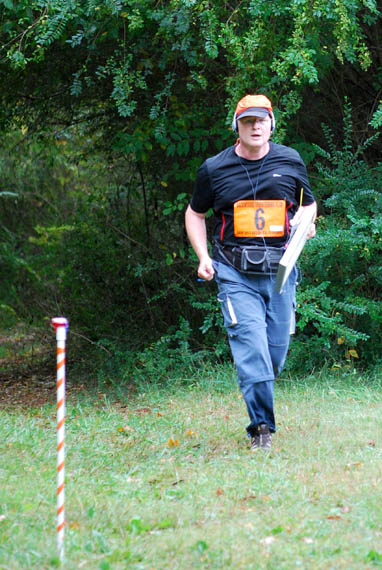 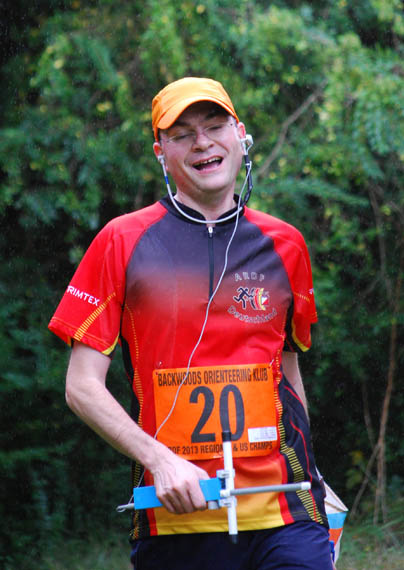 Also from Germany was Matthias Kuehlewein DL3SDO, who took second overall in M40. 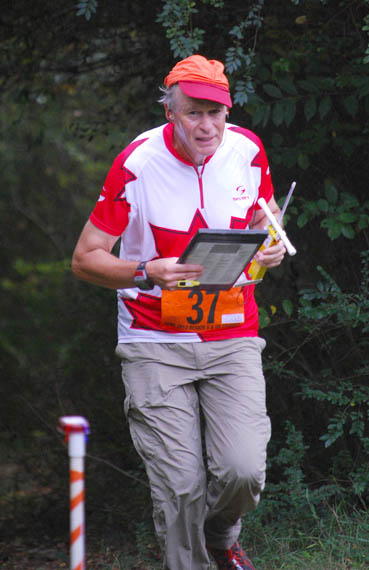 Nick Roethe DF1FO lives in Germany but was born in Canada, so he was able to to compete for Region 2 awards.  In foxoring, he was second place Region 2 competitor in M60. 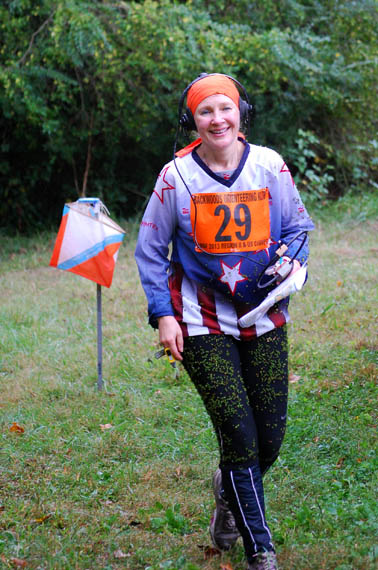 Alla Mezhevaya competed on ARDF Team USA in 2010 and 2012.  Last year in Serbia she won a bronze medal .  This day she was first overall in W35. 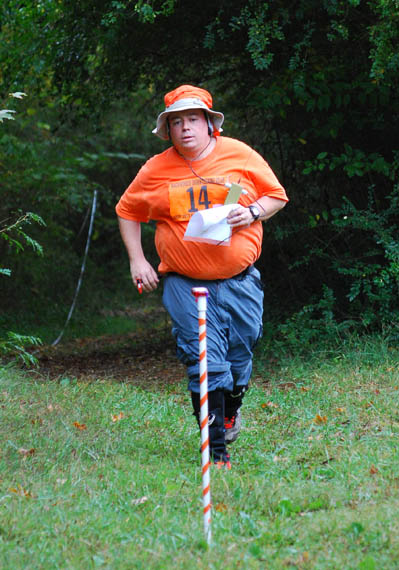 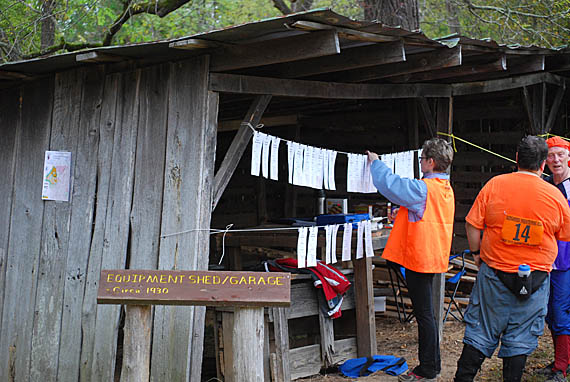 Foxoring results were strung up at the equipment shed. 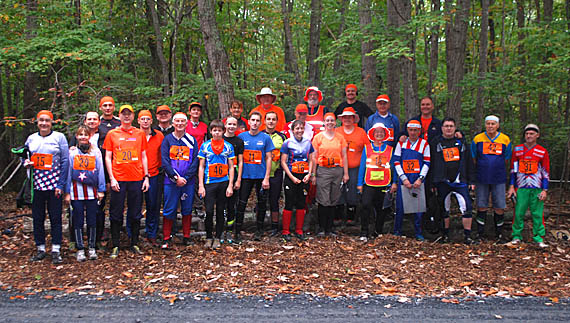 Almost 30 participants were on hand Friday morning for the sprint competition.  There were ten fox transmitters in the field, transmitting for 12 seconds each in cycle.  Because this was bow-and-arrow hunting seasion, everyone was asked to wear some orange for safety.  The organizers provided orange headcovers for everyone, but some had not donned them when this picture was taken before the start. 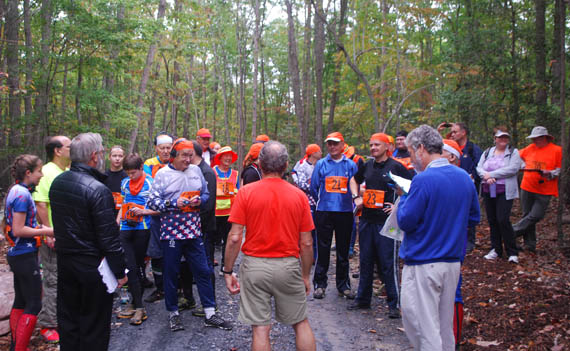 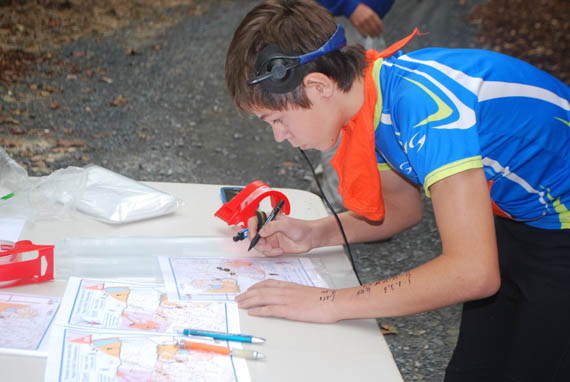 Ruslan Zolochevskyi of Ukraine prepares his map for the sprint.  On his arm, he wrote the two fox transmitter frequencies, the beacon frequency, and a list of the foxes he was required to find in his M19 category.

Lori Huberman and Dale Hunt WB6BYU prepare their maps.  On this day, the map table was staffed by Brian DeYoung K4BRI and Marji Garrett KJ4ZKC. They sat out the sprint but were competitors the next two days.

Back to the 2013 USA ARDF Championships report page