Photos of the 2014 USA ARDF Championships 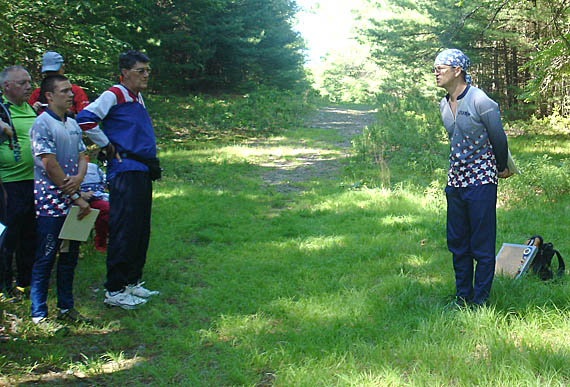 On Sunday, everyone headed for the Blue Hills Reservation and the 80-meter classic event.  Vadim Afonkin KB1RLI is giving instructions prior to the start. 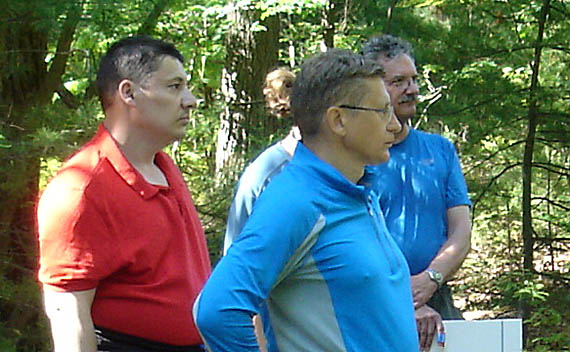 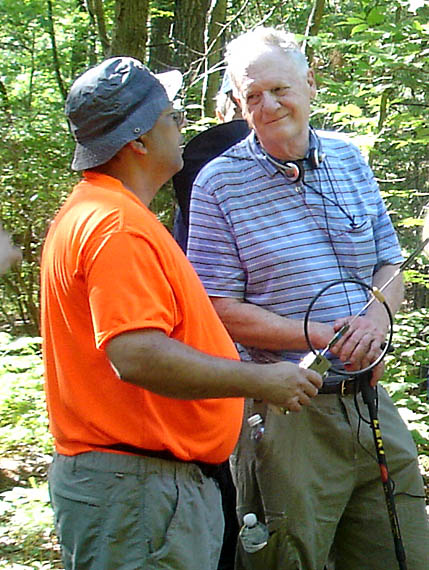 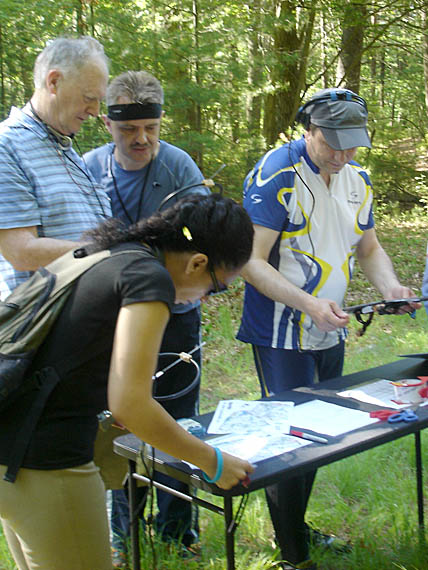 Preparing their maps are Gloria Keawe KE6MQO and Nicolai Mejevoi.  Behind them are Bob Ravenstein W1FDR and Leszek Lechowicz NI1L. 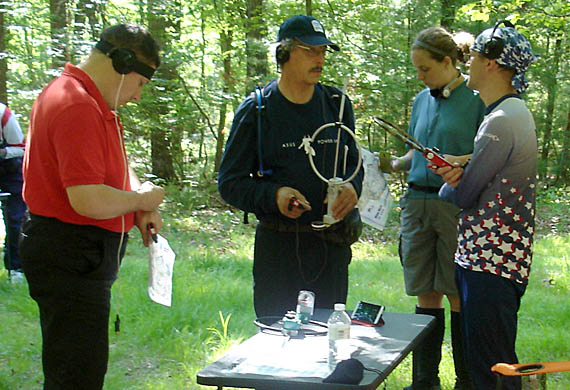 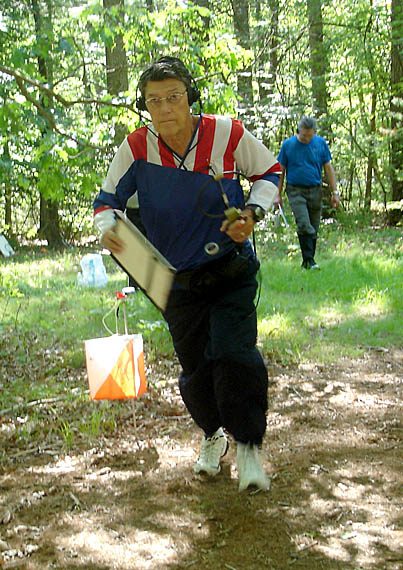 Sprinting away from the starting line is Bob Frey WA6EZV. 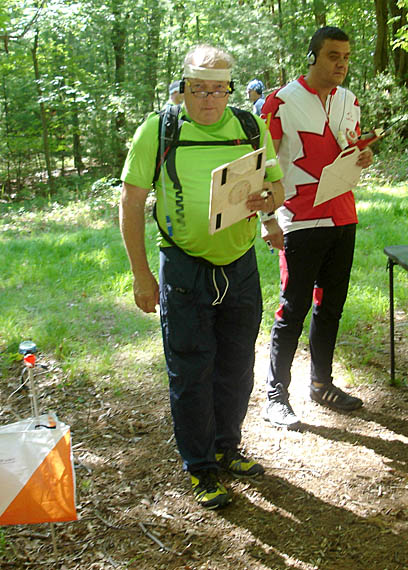 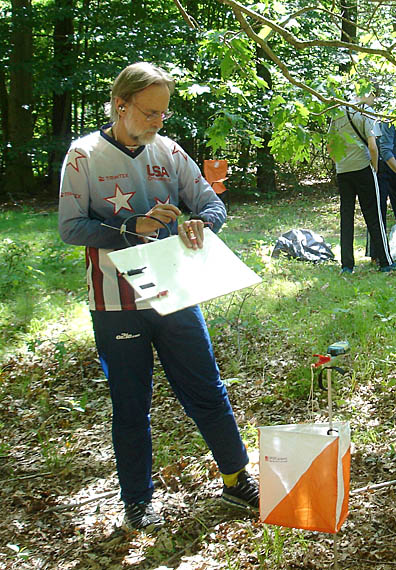 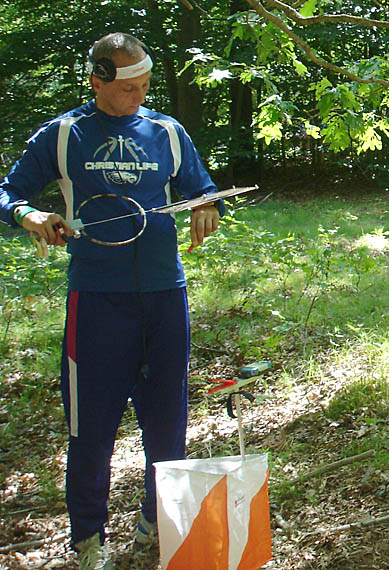 Counting down the seconds is Yuri Kolesnikov. 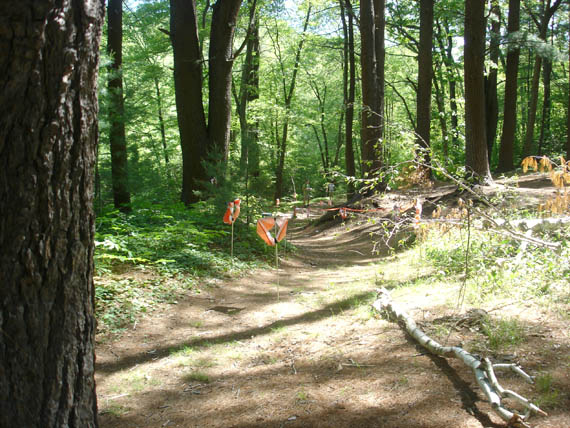 This is the corridor through which all the competitors will come to the finish. 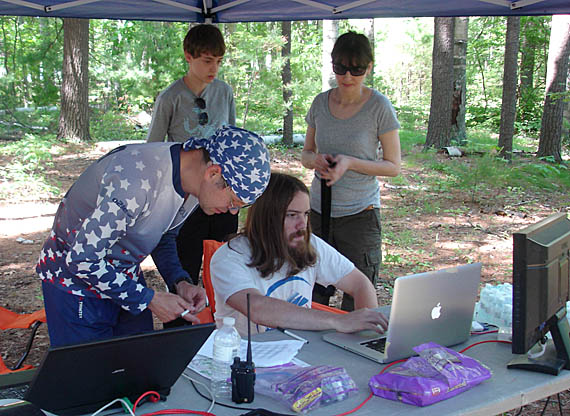 Ed Despard sets up the scoring computer as Vadim Afonkin KB1RLI watches.  Behind them are wife and son of Leszek Lechowicz NI1L, who were volunteers at the finish.

All photos on this page by Marvin Johnston KE6HTS.

Back to the 2014 USA ARDF Championships report page