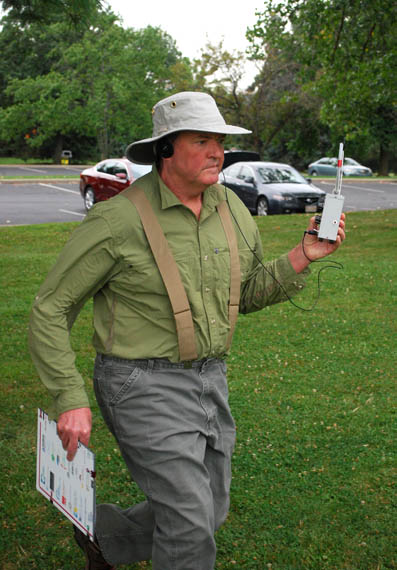 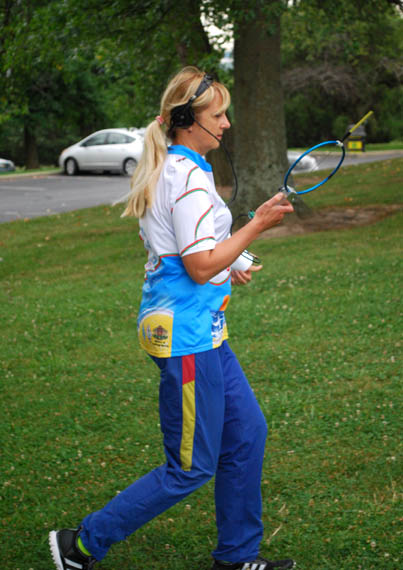 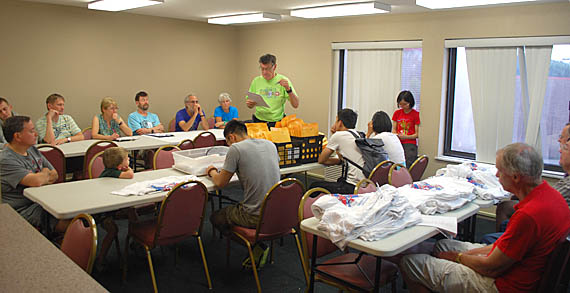 On Wednesday evening, Bob Frey WA6EZV presided at a meeting in the headquarters hotel to welcome competitors and announce plans for the following day, which was to be the first day of competition.  Event T-shirts and participant packets were passsed out 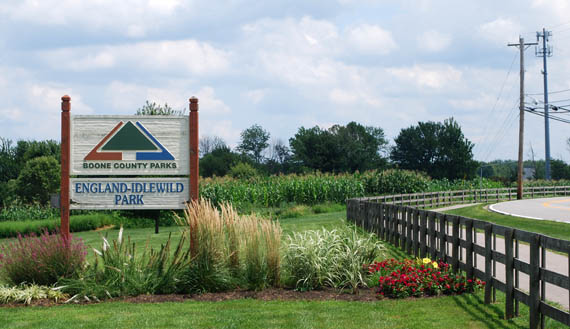 England-Idlewild Park in Burlington, Kentucky was the site of the formal sprint competition on Thursday.  Course designers and setters for sprint and foxoring were Bob Frey WA6EZV and Dick Arnett WB4SUV. 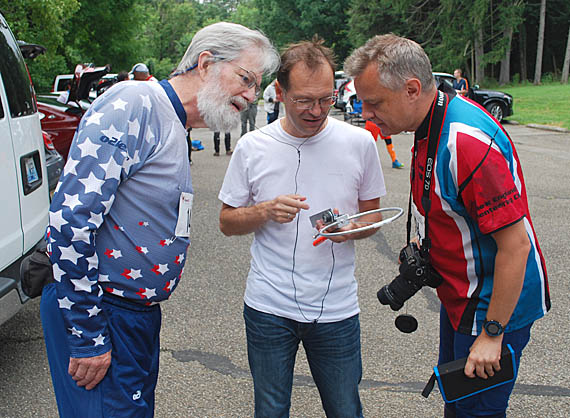 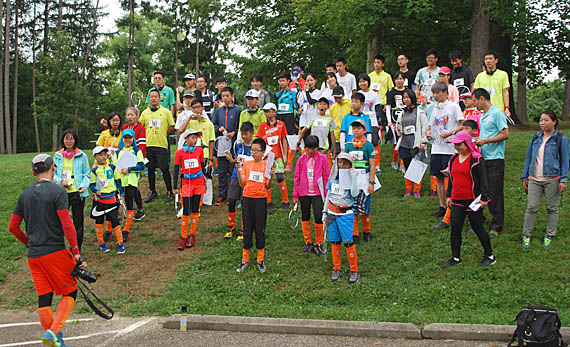 About four dozen middle- and high-school youth from the Guangzhou No. 2 High School in southern China came to the championships as a group with some teachers and parents, arriving for the first formal event on Thursday.  Before each competition, they gathered to hear instructions and advice from their coaches. 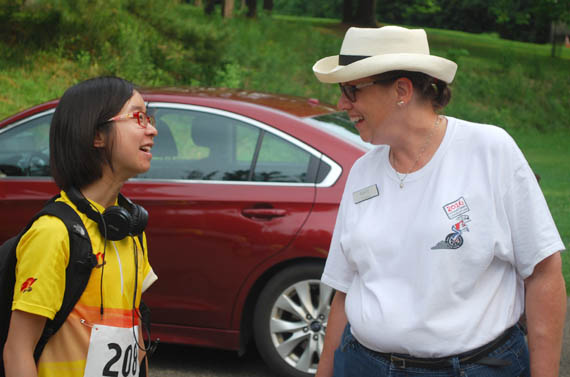 Some of the Chinese students were proficient in English, but the group had an official translator, Mengbing Li (at left).  "Anna," as she is known in the USA, is a former student at that school and has been attending college in North Carolina. She is talking to Claudia Pitchford N9HHE, who served as Assistant Field Medic. 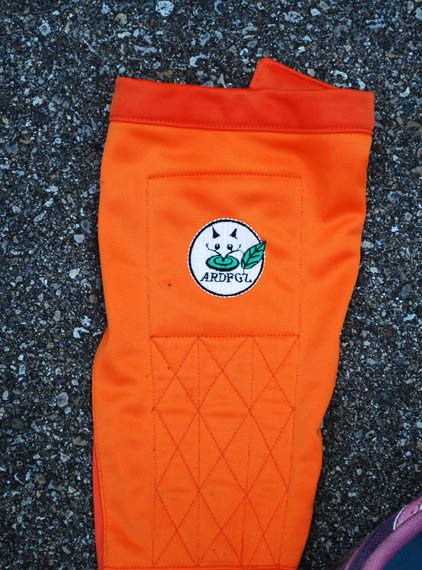 Some of the Chinese students wore special gaiters (calf protectors) with their ARDF group's logo. 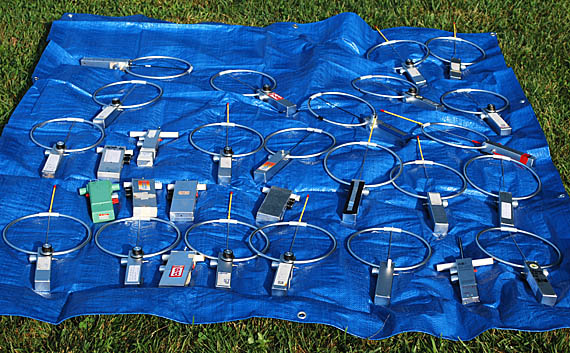 For all events except foxoring, competitors' receivers are impounded from the time they arrive until they receive their map just minutes before they start.  Impound is unnecessary for foxoring because those transmitters cannot be heard from the starting area.  Here is a group of 80-meter sets in impound before the sprint.  Most use a dinner-plate sized loop, but some have ferrite rod antennas. 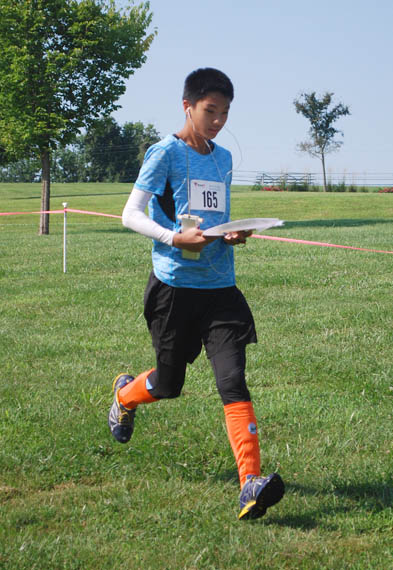 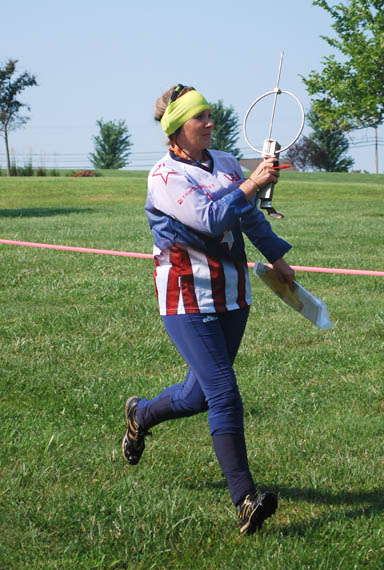 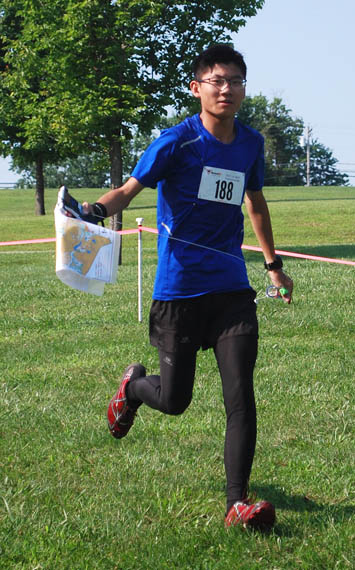 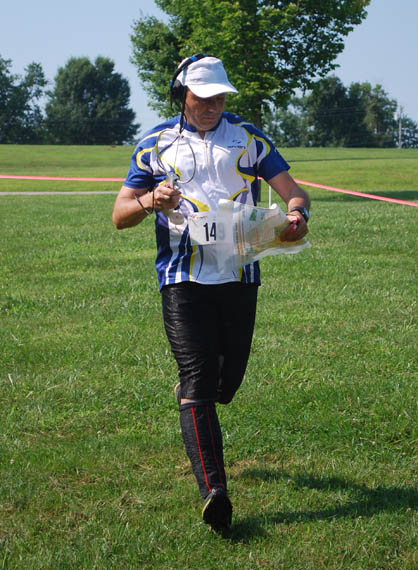 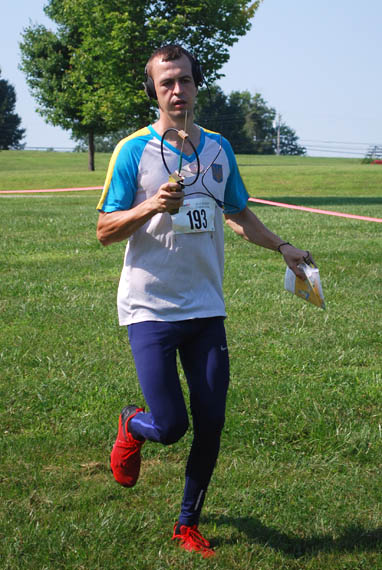 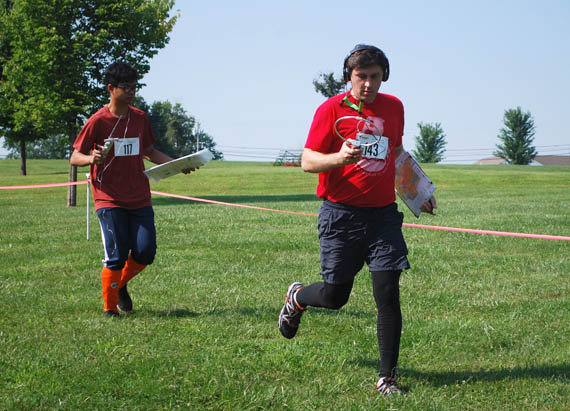 Eduard Nasybulin, followed by Wenxuan He. 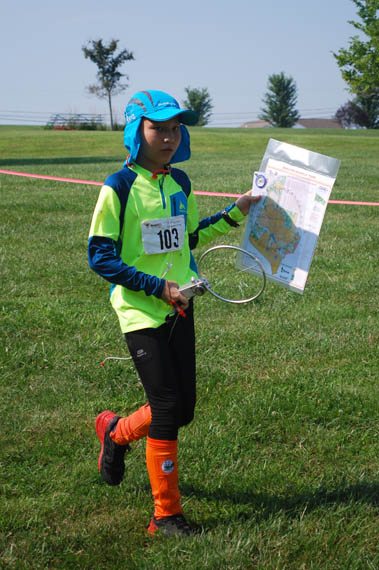 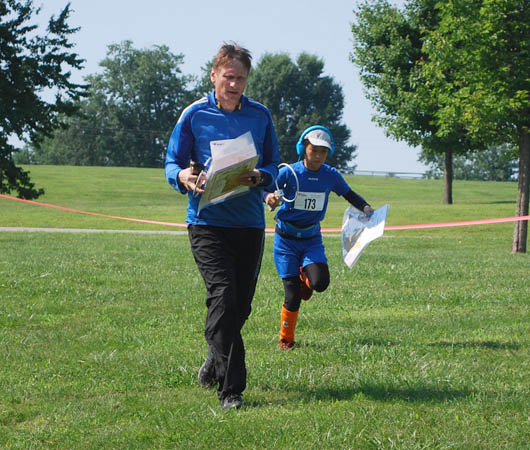 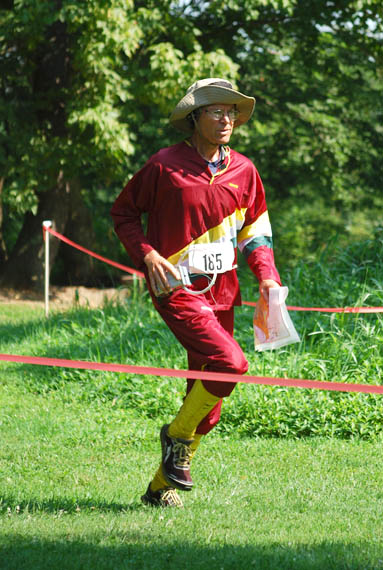 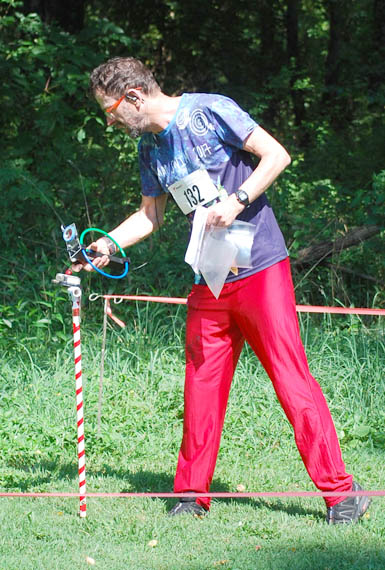